After being formed in 1904 the new congregation had many difficulties, one of its greatest being the need of a meeting place of its own. Meetings were held at the temperance hall and sometimes in rented church buildings. 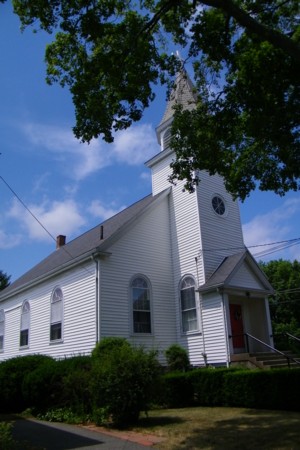 At a congregation meeting in October 1908, it was voted to purchase property on King Street. In June 1914 the congregation voted unanimously to begin construction of the present church building. The dedication was held in April 1915.

The curved communion rail was constructed by Antii Sormunen, grandfather of one of our current members.

In 1936, a committee looked into the possibility of building a parsonage and the congregation voted to begin construction.